The 2021 Junior State Championships presented by Go For 2 & 5 were recently held at UWA Sports Park, Mt Claremont. The first day of the tournament presented some challenges with one of the hottest days experienced since the start of summer. All participants, referees & volunteers handled the updated playing procedures very well. Based on the TFA Extreme Weather Guidelines games were changed to quarters to give everyone more water breaks and some time in the shade.

The weekend went really well and feedback has been very positive. TFWA would like to thank all the amazing volunteer coaches, team managers and referees that helped make the event an enjoyable one for all the juniors involved. We hope to see you all again next year.

These were the results from the U12's - Open Divisions: 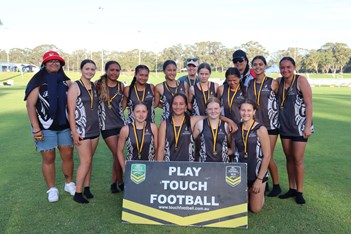 PERTH BROTHERS 6 defeated  FREMANTLE 5(In a drop-off. 5 all at fulltime) 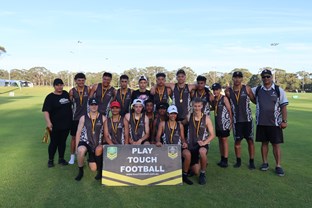 The Junior Referee of the tournament is JAYDEN BAUMGARTNER

The most improved Referee of the tournament is AHANU CARRUTH

Referee of the Tournament is MATT COOPER