The 2021 LiveLighter Super League Series Finals were held on Saturday 20th November at Rosher Park, Lockridge in front of a fantastic crowd.

The day started with the Mixed Open Semi Finals, followed by the Women's and then the Men's Semi Finals. There were plenty of close games that made for great viewing with all three Grand Final games tied up at half time.

The first of the Grand Finals to be played was the Mixed Open which featured 2 teams that finished on top of the ladder with 7 wins and a draw - against each other, Tompkins Park Sharks and Southern Stars. This was a fast paced game with both teams going score for score until the last few minutes when Southern Stars scored and held on to come away with the win 10-9 breaking Tompkins Park long standing unbeaten run over a number of years. No doubt they will be keen to avenge their loss next year. The MVP Of the Finals were Kendra Fell and Paora Kemp from Southern Stars.

The Men's Grand Final saw Northern Spirit take on the Fremantle Rebels in a fantastic spectacle. This game was also drawn at half time and at the final siren the teams couldn't be separated. We had the first drop off for the finals and even that couldn't decide a winner with a 1-1 scorecard so it came down to a "golden try" and Northern Spirit were the eventual winners. This win broke a very long drought for the Northern Spirit Men's Open Teams and this was clear in their post game celebrations. The MVP of the Finals was Doug Stuart from Northern Spirit. 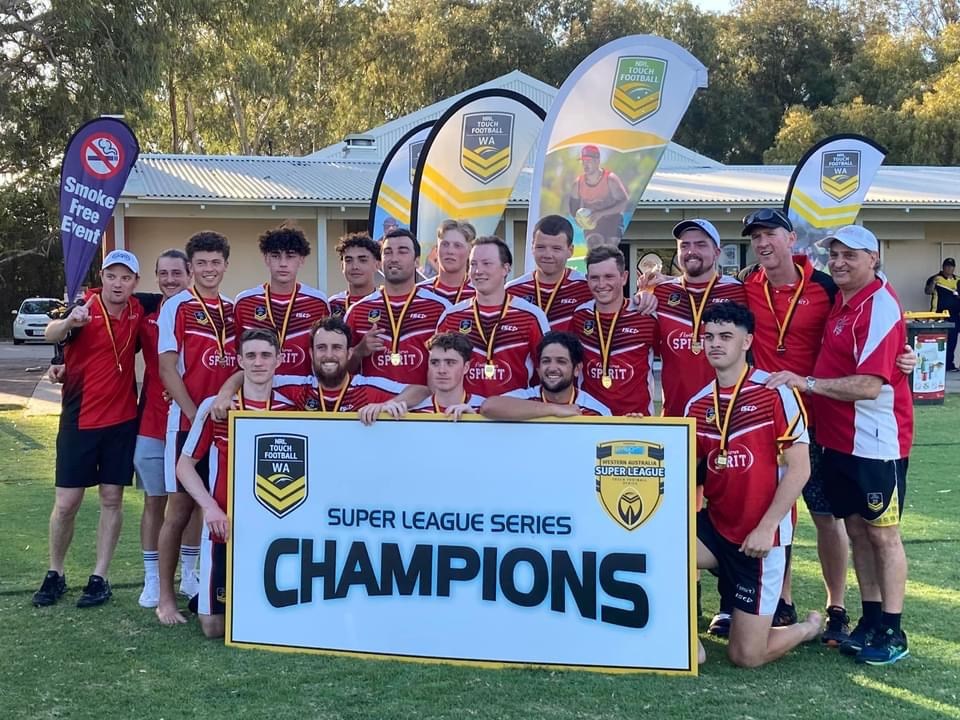 The Leading Female Referee of the Tournament was Annabelle Connolly

The Leading Male Referee of the Tournament was Brian Blechynden

Congratulations to those referees and big thank you to all our amazing referees that officiated during the series.

During the series Team Captains were also required to vote for the Players Player Award in each Division. These were also close in the voting and these were the eventual winners:

Well done to all the Players Player winners. This is a great achievement as voted by your peers.

A big thank you to Kayo Sports who televised over 30 hours of this years series. This certainly created a lot of interest and discussion at the event and we look forward to their broadcast of the State Championships Grand Finals. See you all in 2022.